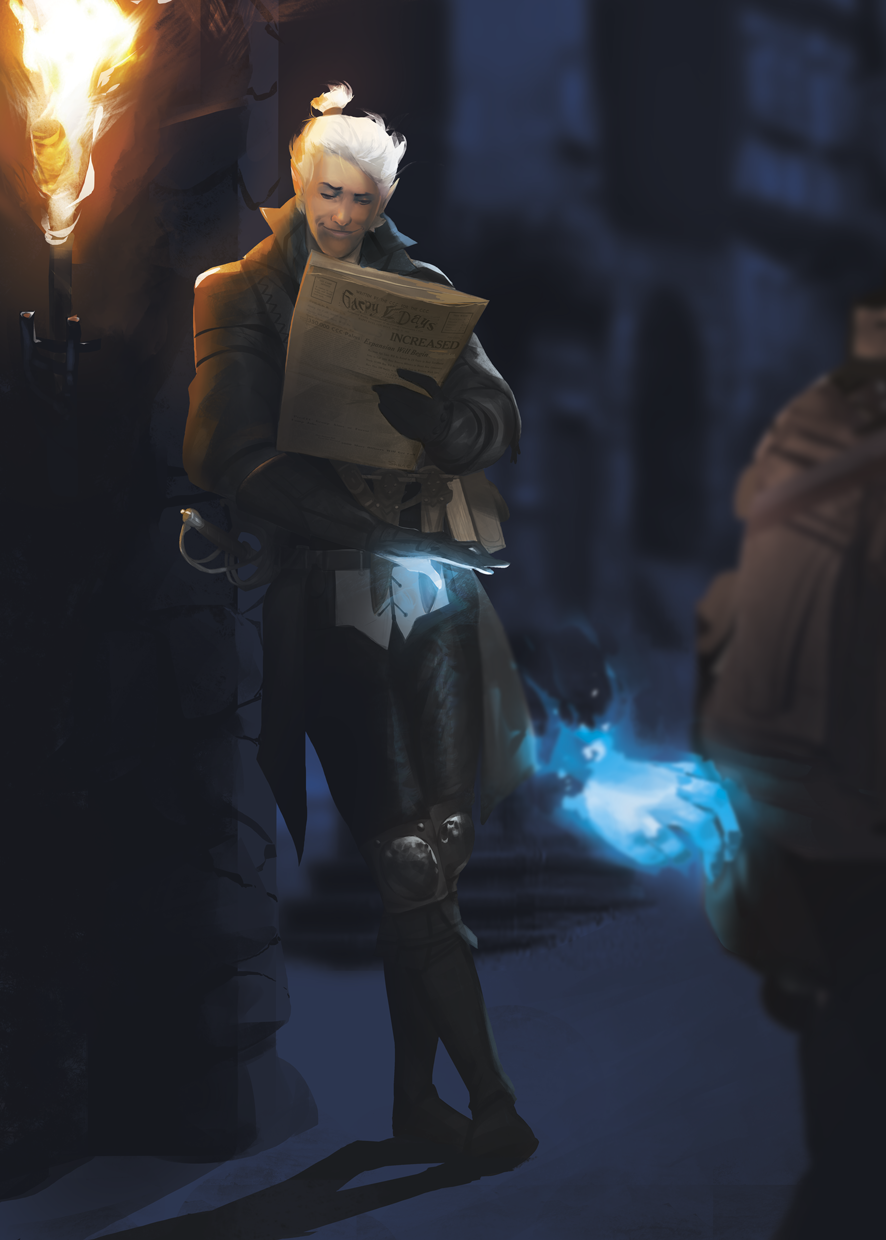 Armor Proficiencies: Armor sometimes interferes with an eldritch scoundrel’s gestures, which can cause her spells with somatic components to fail (Pathfinder RPG Core Rulebook 83). This alters the rogue’s armor proficiencies.

Class Skills: An eldritch scoundrel gains 4 skill ranks (plus a number of ranks equal to her Intelligence modifier) at each level instead of a normal 8. She gains Knowledge (arcana) and Spellcraft as class skills, but not Diplomacy and Disguise. This alters the rogue’s skills.

Reduced Combat Training: An eldritch scoundrel uses a d8 for its Hit Die rather than a d10, and uses the base attack bonus of a magus of her level rather than a rogue.

Spells: An eldritch scoundrel casts arcane spells drawn from the wizard spell list. An eldritch scoundrel must choose and prepare her spells ahead of time. She learns, prepares, and casts spells exactly as a wizard does, including adding new spells to her spellbook and gaining two additional spells known (of any level she can cast) each time she gains a rogue level with this archetype.

An eldritch scoundrel can cast only a certain number of spells of each spell level per day. Her base daily spell allotment is the same as the magus class (Pathfinder RPG Ultimate Magic 10).

Sneak Attack (Ex): The eldritch scoundrel doesn’t acquire the sneak attack class feature until 3rd level, when she gains a +1d6 sneak attack. This increases by 1d6 at 7th level, and again at every 4 rogue levels thereafter. This modifies the rogue’s normal sneak attack progression.

Rogue Talents: At 4th level and every 4 levels thereafter, the eldritch scoundrel gains a rogue or ninja talent for which she meets the prerequisites (treating her rogue level as her ninja level). If a talent requires her to expend points from her ki pool, she can instead expend a spell slot with a spell level equal to the number of ki points she would normally expend. If a talent functions only if she has ki in her ki pool, it functions as long as she still has a spell of 1st level or higher prepared. At 12th level, she can select an advanced talent in place of a rogue talent. This modifies the normal rogue talent progression and advanced talent.