Lossenmel – or often simply Loss, to his friends – is the popular but crass brewmaster of the Rusty Dragon Inn.

Loss grew up in Magnimar, raised by his mother, Amara. A Varisian woman, Amara moved to Magnimar shortly after becoming pregnant, though she never shared the details of why with Loss, nor did she ever tell him about his father. Still, he couldn’t have been all bad, since she gave her son an elven name. When Loss’ mother unexpectedly died, he suddenly found himself orphaned and homeless. He lived on the streets of Magnimar for months before he found himself taken in by Koya Mvashti.

Like his foster brother, Sandru, Koya’s influence kept Loss out of trouble, though unlike his brother, Loss didn’t feel the same kind of wanderlust that led to his brother leaving. Instead, Loss took advantage of the city’s wealth and educational opportunities, eventually settling on a career as an alchemist (somewhat to Koya’s disapproval.) As he grew a little older, Loss also found himself a patron of many of Magnimar’s taverns, his favorite of which was a tavern called “Maggie’s” – a dive bar in the Lowcleft District, popular among adventurers and scoundrels, and run by a half-orc father and his quarter-orc son.

When Koya moved to Sandpoint three years ago following the death of her mother, Niska, Loss followed. It was a stroke of fate that the town’s local brewery – the Two Knight Brewery – had just closed its doors following the death of one of its brewmasters coupled with unrecoverable damage dealt by a recent giant attack (as well as a waning reputation as it seems that Gaven – the surviving brother – was not as skilled at brewing as his brother had been.) After an introduction to Ameiko by his foster brother, Sandru, Loss quickly found himself employed at the Rusty Dragon and in high demand. Ameiko purchased the Two Knights and Loss began running the brewery, now simply renamed the Rusty Dragon Brewery. 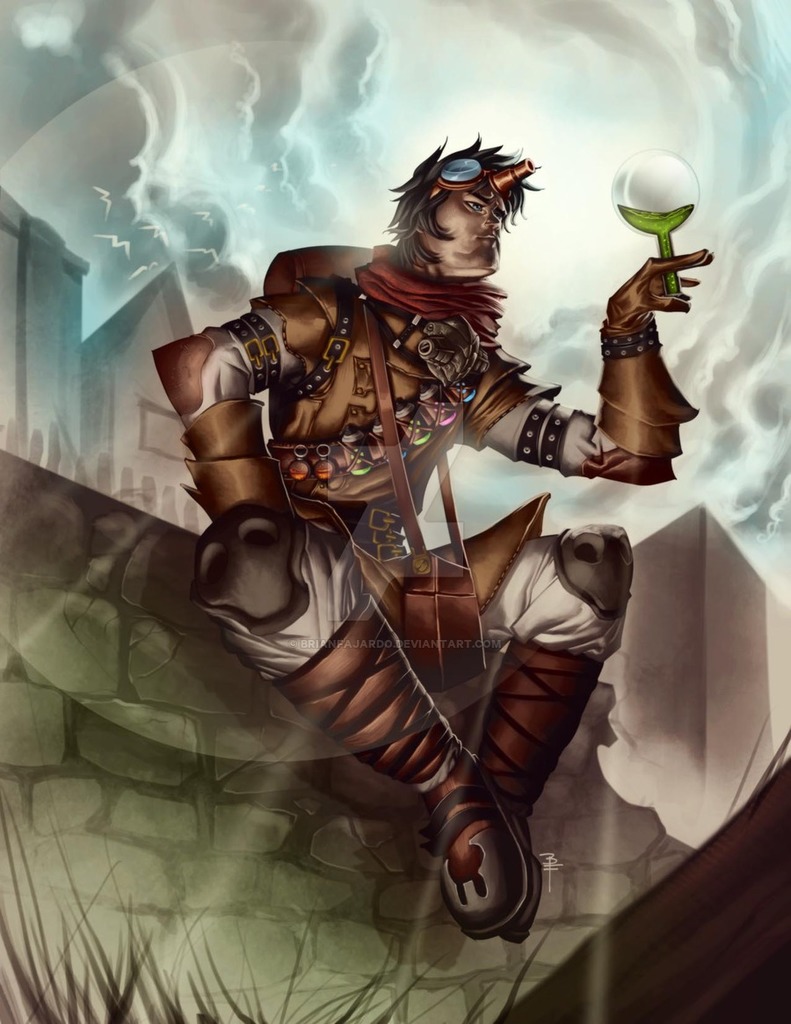